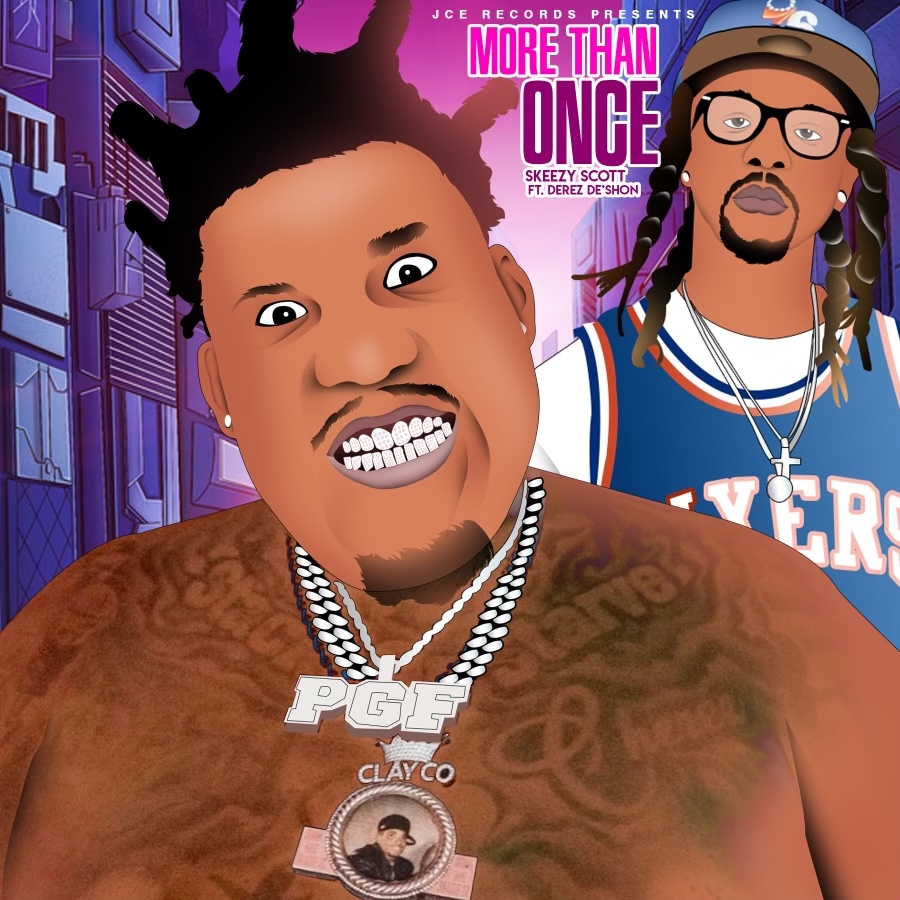 The Hip-Hop star Skeezy Scott is thrilled with the recent success of his single More Than Once.

The song has received tremendous views and traffic along with fan mails from his fans across the globe. He has worked with several musicians and independent artists, including Pastor Troy, Mac Lucci, Waka Flocka, Pastor Troy, Kcamp, Derez De’Shon, and many others.

His single got featured on Livemixtapes, which is considered as the best mixtape in rap songs and hip-hop. His recent song, ‘More Than Once’ was elevated to a new height thanks to the inclusion of Derez De’Shon. Listeners fell in love with the combo of Derez De’Shon and Skeezy Scott and their awesome bonhomie. It was a sheer delight for the music lovers.

The video got viral and was published on several online websites and news portals.

“I’ve worked with several hip-hop artists and musicians in my professional career. But I don’t notice the same age-old charm anymore. I believe every artist must work towards ensuring innovation in music and songs. I always ensure that every artist should offer something new to the audience every time they come up with a new song. But the problem is artists or musicians don’t know how to revive the passion among listeners towards hip-hop and rap songs,” Skeezy Scott explained.

He also believes that every artist shouldn’t get afraid of thinking out of the box. But Skeezy Scott wants to take his musical career to a new level. He wishes to offer something new every time he croons a new song or releases a new single. Skeezy Scott is determined to revive the hip-hop quality across the United States.

Skeezy Scott believes it is imperative for any rap artist to use appropriate tools and implement sound techniques to make songs catchy and resonating among the audience.

Skeezy Scott is also starting his own JCE RECORDS CLOTHING STORE, which facilitates a wide variety of outfits on sale on the internet. Skeezy Scott’s other hits are ‘Dipped In Slime’ and ‘Letter To The Streets And Game Over.’ His other songs have also received a lot of likes and views on YouTube.

“I believe song lyrics and notes are the best friends of any musical artist. Every musical artist gets the opportunity to display their emotions using powerful words and notes. Unfortunately, most artists don’t care about these things. They just work to make money instead of being honest,” Skeezy stated.

Every time Skeezy Scott comes out with a new song or launches any new song on his YouTube channel, you will see his willpower, determination, and desire. He is bold, brave, and courageous. He never shies away from calling a spade a spade.

It is this determination, why he believes it’s necessary to listen to one’s true calling, and revive the hip-hop sector. Skeezy Scott joined hands with Rich Gates of Jce Records, a Bricksquad Monopoly artist, within just a few months after launching his musical career. It shows Skeezy Scott’s interpersonal skills, creative talents, and versatile abilities.

No doubt, Skeezy Scott is certainly going to be the most prolific musician in the days to come. With hope and patience, Skeezy is likely to become the next best thing in music.