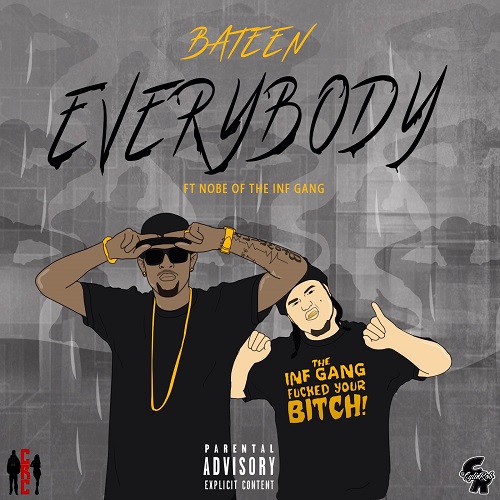 Budding Rap sensation Bateen is quickly making a name for himself in the world of Hip Hop. Bateen formally know as Bateen Idol aka Young Haitti is making industry insiders stand at attention with his eclectic sound. The breakout emcee has rolled out one of the most interesting independent records of the year with his single “EVERYBODY.” The song is a critical success and it is receiving a great amount of attention from notable Dj’s and mixshows around the United States. “EVERYBODY” explodes with unadulterated candor. The head bangin’, alternative sounding track features Bateen’s trademark lyrical dexterity and riveting flair. The stellar production on ‘EVERYBODY’ coupled with the rapper’s poignant cadence, delivery and flow results into a dynamic song that is sure to have international appeal.In fact, Bateen’s plan is to take his sound across the globe. His goal is to be an international star. He puts his heart and soul into every song. His mission is to make an impact and a difference by bringing his element to the art form known as Hip Hop.