Devin da Truth is an African, independent hip-hop Recording Artist, who hails from Albany, GA. with his aggressive style, an enthusiastic enthralling and subtle delivery of his circumstances and experiences of a lonely but loving struggle, Devin da Truth has been a staple in the hip-hop industry for maintaining a captivating and consistent sound. whereas other rappers may take less time on their music Devin da Truth upholds patience and perfection and pays attention to detail and keeps his fans on the edge of their seats!

He is a founder and CEO of Blaq Records with whom he has released over 5 mixtapes and 5 albums and has toured the states multiple times. Devin da Truth released his self produced, written and mastered debut mixtape, Sweet T, in 2008 to critical acclaim and recognition, followed by Amen What they Do , Unbelievable Truth, Tropical Punch, Love Potion #4, a mixtape Till Truf Due Us Part hosted by T.I.s DJ (DJ MLK) and many more albums and mixtapes.

In addition, Devin da Truth was featured in the XXL Magazine for the Future of Music in 2011 and starred on DEF JAM mixtape on iTunes with his infamous Pimpin Dese Hoes single. Devin RECENTLY DROPPED “DVINE9” hosted by DJ MLK on 9/11 following up from the past MIXTAPE “I AINT SCARED OF U MOTHAFUCKS” and is currently working on a video for his next album “THIS IS A DEVINS WORLD” with a SINGLE that will be on all platforms soon. 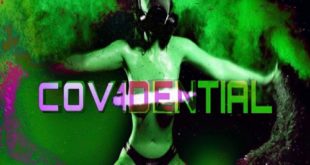 [New LP] Ashley J “Charge It to the Game” @TheRealAshleyJ

“Charge It to the Game”, by Ashley J, is the title of her new single …