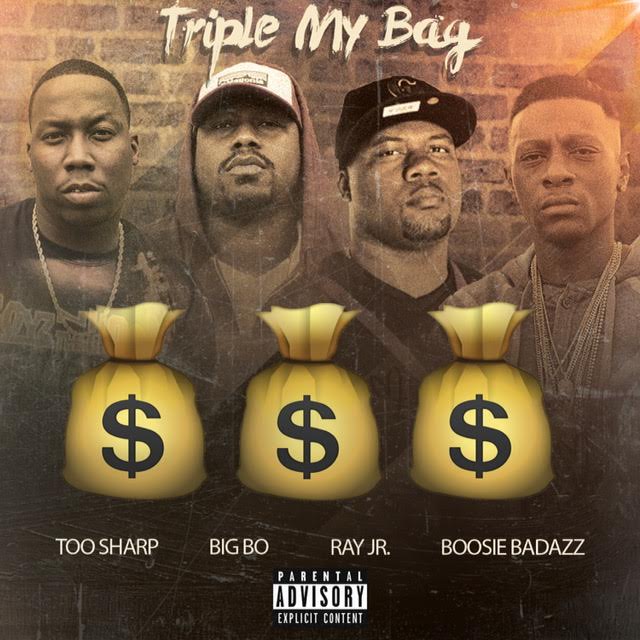 With a new project entitled Triple My Bag, Cleveland’s own Mark Too Sharp & Big Bo recruits heavyweights Boosie Badazz and fellow ClRay Jr for the “Triple My Bag” single. Known for his hands in the boxing world, Mark Too Sharp and his partner in crime Big Bo are gearing up for the debut mixtape in January. Lookout for them on Big Heff’s Winter Street Heat Tour in December. On the track the guys exchange verses over beat the comes out the gate with an 808 hitting and a melodic piano in the background. While the beat only has a few parts to it, cats from the streets will def have an appreciation for this joint as they cut corners around the city. Lets not forget about Ray Jr. and Boosie who add guest feature verses on the track.