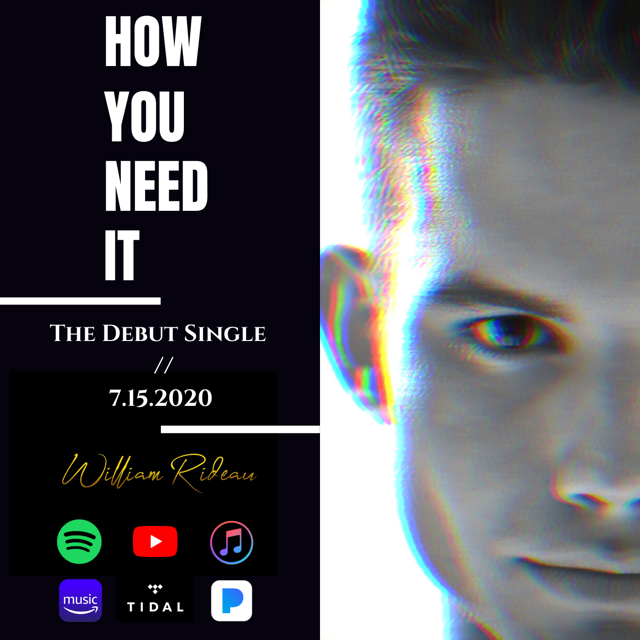 William Rideau has always enjoyed having music be a strong and enduring influence in life. Born & raised in the small town of Chalmette, Louisiana, he has been performing since a very young age.

William has fond memories of visiting his great-grandmother‘s nursing home & performing for her behind her room dividing curtain, & performing shows in his dad’s band practice space, to singing in choir & playing clarinet in middle school band, which fostered passion for musicianship continued to deepen.

At 14, William attended his 1st concert. It solidified a desire to become a professional singer & performer. After high school, he went to college in New Orleans & studied music business. During that time, he started doing more things to try to get in the entertainment industry, extra work in films to modeling jobs – anything he could do to get exposure & make connections.

After college William continued developing himself as an artist & attending concerts to study some of his favorite artists. Michael Jackson, Beyoncé, Prince, Britney Spears, Janet Jackson, Justin Timberlake, Madonna, Jay Z, & Kanye West have all been major influences on him musically.

Now, William Rideau looks to share his musical talent and works with the world, captivating his audience with his vision of music creativity. The highly anticipated debut single “How You Need It” from William Rideau will officially be available everywhere July 15th.

You can find and follow William Rideau on social media and the web: